How Democrats Are Trying To Silence The…

“Revealed and Hidden,” An Exhibition By Poet,…

An Ancient Warning: Criminal Trespass Is the…

Steve Kirsch: I Just Learned Why The… 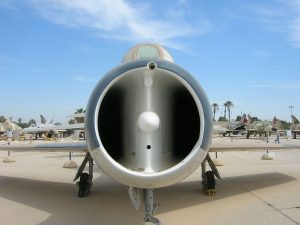 Baruch Pletner is an entrepreneur, a scientist, an inventor, and a private pilot. He is passionate about education, the outdoors, and the war on globalism. Baruch holds a PhD degree from the Technion in Haifa, Israel and an MBA from Northeastern University in Boston. Born in Kiev to Zionist parents, Baruch spent the first ten years of his life in the Soviet Union getting an education in the evils of communism. Though both of his grandfathers were killed defending the USSR against Nazi invaders, Baruch was a victim of rampant anti-Semitism from as long as he can remember, making his departure for Israel in 1973 a very welcome event. In Israel, Baruch served in the Air Force as a Fire Control Officer in a HAWK surface to air missile battery and took part in the First Lebanon War. While his career in engineering took him to Boston, Baruch has remained an ardent Zionist and supporter of the Jewish Nation, the Torah, and the Land of Israel. Fluent in three languages and a student of history and the classics, Baruch has been writing for tsarizm.com as the Hi-Tech Traditionalist for a number of years, covering the war on globalism, Russia, and Israel. Baruch resides in Prince Edward Island, Canada, with his wife of 33 years and their two dogs and one cat.

An Ancient Warning: Criminal Trespass Is the State’s Essential Feature

What Are You Waiting For?

Israel Could Be Making A Fatal Blunder

Should Iran Worry About Russian–Israeli Ties?

Subscribe to our evening newsletter to stay informed during these challenging times!!